In clocked sequential logic circuits, flip flops are used to store one bit of data. With regard to the basic operating principle, a flip flop is comparable to a latch. However, the fundamental difference between the two is that a flip flop ensures that the output doesn’t change more than once during a single clock cycle. This is achieved by linking two latches in series so that the outputs of the first latch are used as the inputs of the second latch. A clock signal is used for both latches, whereas the clock signal for the second latch is inverted. 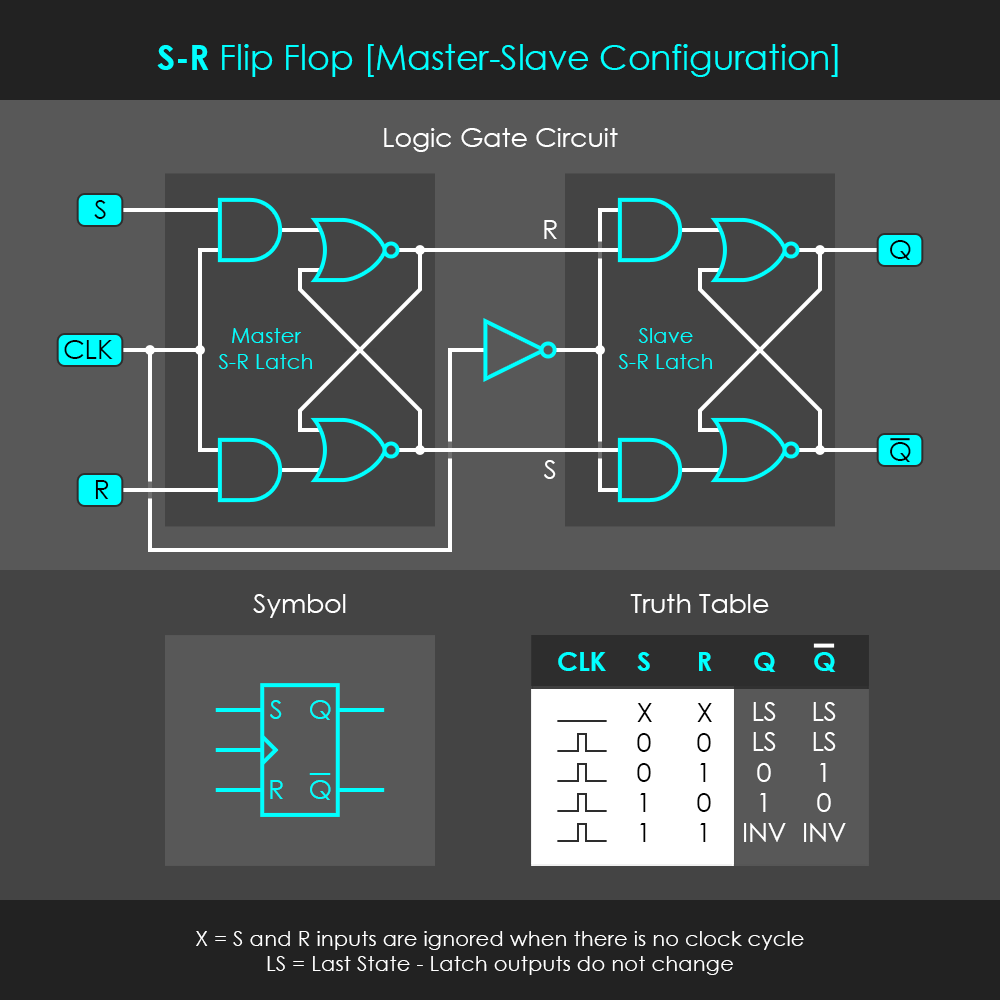 The D flip flop that is explained here is built from a gated D latch and an SR latch linked in series. An alternative design is to connect two D latches in series where the Q output of the first latch is used as the D input of the second latch. In this alternative design, the Q-Inverted outputs can be ignored. 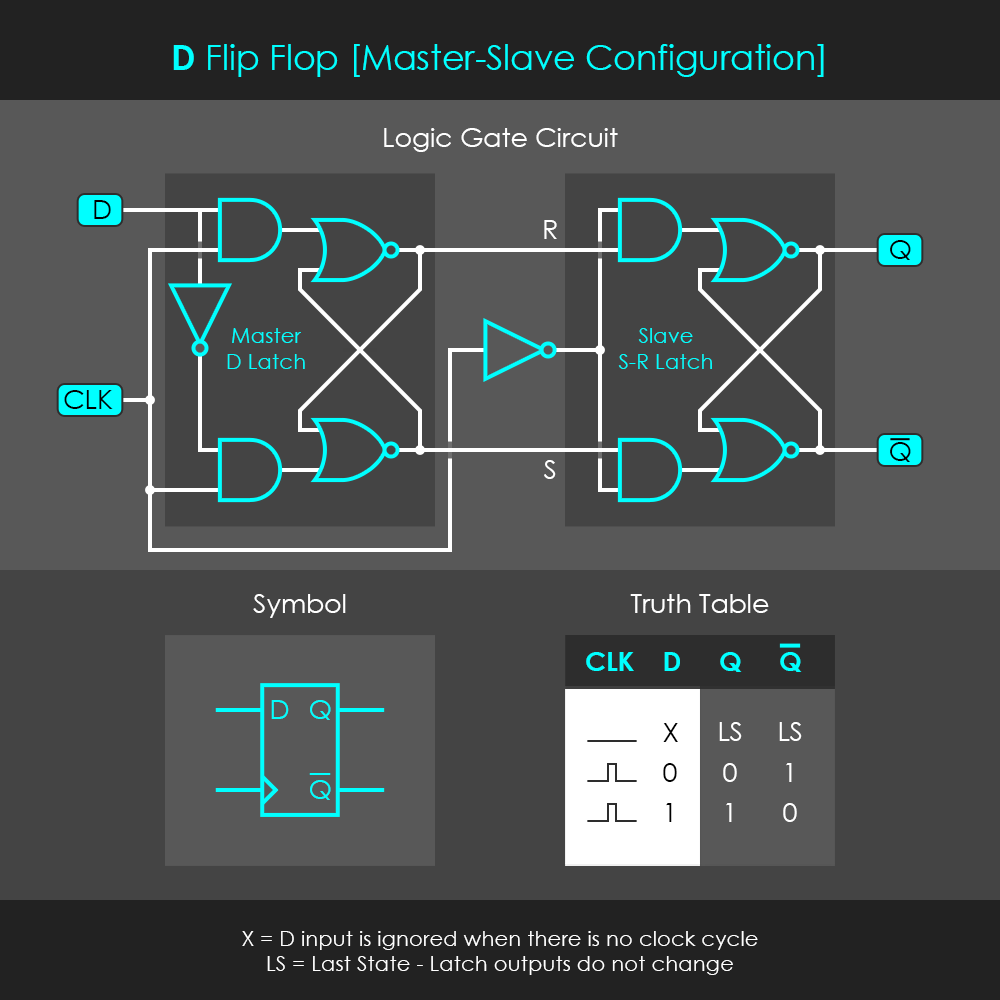 Similar to a latch, a flip flop only keeps its memory as long as power is connected to the device. Whenever the power supply is disconnected, the stored bit of data is lost. For long-term memory, other devices are used, which are outside the scope of this article. 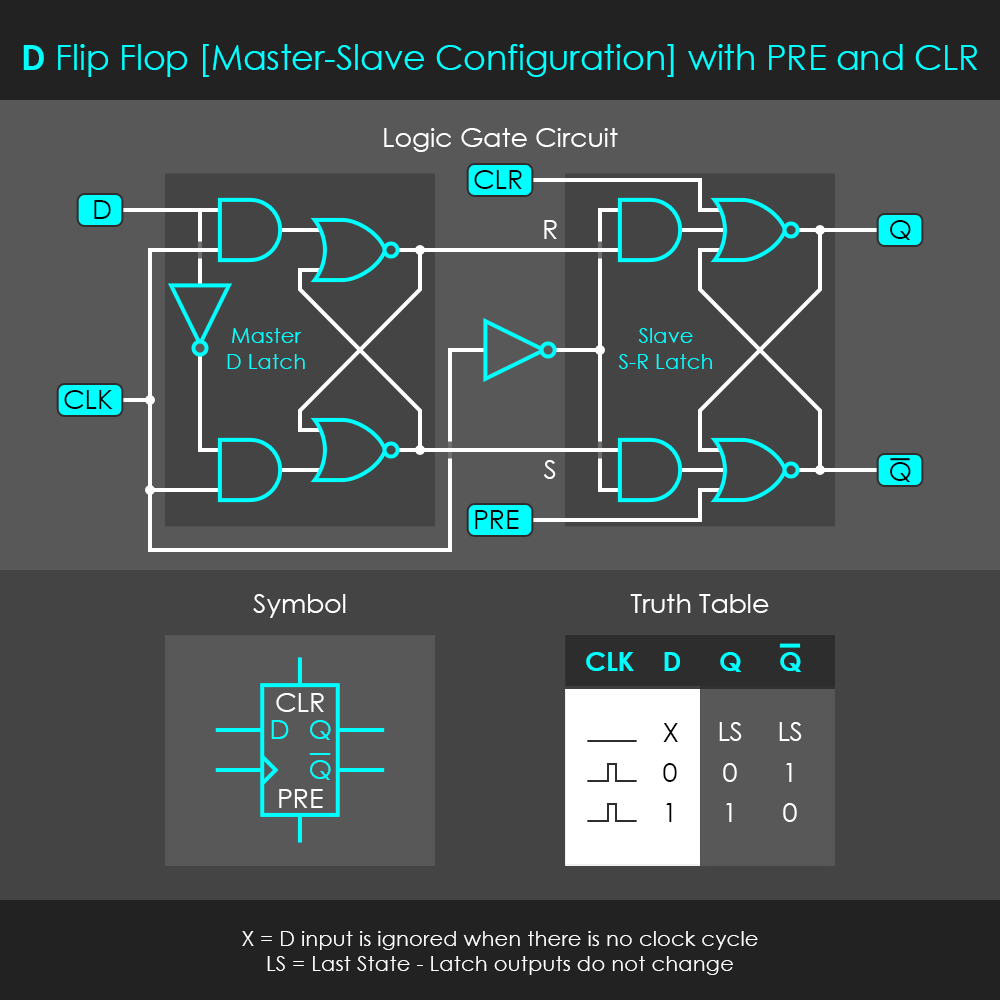